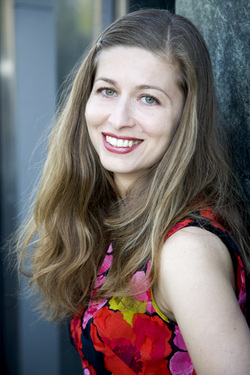 She is an artist of instinct dance. By getting rid of all the sikns she expresses her emotions and searches the truth. Her art is painful and phisical. Her works – uniquely in Hungary – have strong relation to the Asian culture, particularly to butoh.

At the beginning her works are based on her research in psychology, specailsed on instincts and distress. She was developing her style by experimenting the body’s suddenness and its innovations through expressivity and abstraction. Her choreographic works become live by the flows of energies and the emotionful acting.

Working with artists from other fields took an important role in the creative process. Contemporary composers and visual artist are the choreographer’s permanent colleagues.

She graduated as a coreographer at the Hungarian Dance Academy. Since 1998 she has her own dance company. She has been making choreographies, teaching and performing abroad since 2001.

In 2003 she has won the 1st Prize of the jury at the 9th International Contemporary Dance Festival Kalisz with her piece Yours…?!. The same year she was workingin Paris for the invitation of company Ixkizit, then working in Vienna in the frame of DanceWeb international dance fellowship. In 2005 she has received the scholarship of the Asia-Europe Foundation and she could work in Tokyo. In 2006-2007 she was a resident artist in Bangkok with the Unesco Ascheberg Fellowship. This year she perfromed at the Birthday Celebration of his Majesty. In 2007 she was selected to learn Kagura in France at the Foundation Royaumont, and in the following year she has continued her studies in Yokohama and Tokyo in the field of butoh dance with the Uchida Fellowship of the Japan Foundation. In 2010 she was resident artist in Hooyong Performing Arts Center, in South Korea and she was learning Kagura in Matsue, in Japan.

In 2009 she was invited by the Hungarian National Opera House to direct three operas: Benjamin Britten: The Little Sweep, Donizetti: Rita, Cimaroza: Conductor

She was giving workshops in Singapore, Thailand, South Korea, Romania, Bulgaria, Serbia, Slovakia, Poland, Austria, Germany, Ecuador and in Hungary, in 2006-2007 she was a guest teacher of Dance Centre School of Performing Arts in Bangkok, Thailand.
From 2003 to 2010 she was teaching her own method for “body technique for theatre” at the Liszt Ferenc Music Academy in Budapest at the Faculty of Opera. In 2011 she was teaching “Contemporary Dance based on Butoh” at Theater Academy in Budapest at the Faculty of Director.

She is the director and curator of the “Butoh and Performing Arts Festival” in Budapest.